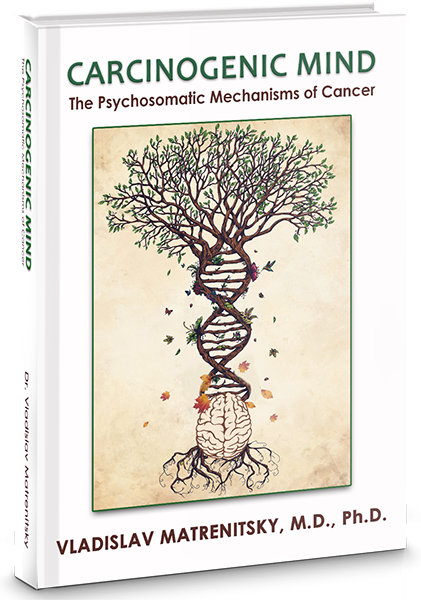 THIS BOOK WILL CHANGE EVERYTHING YOU KNOW ABOUT CANCER

You will learn: the true causes of the disease, why it appears in a specific person, how to eliminate its root cause, why conventional treatment is not enough, the ways to avoid its recurrence, and if you are healthy, how to stay well

What Makes this Book Special:

The book discloses what physicians will not tell you, because they work with the symptom—the tumor, not with its root cause—the mind

The latest data from different branches of science, which most practicing oncologists and psychologists do not have the time or competence to monitor, is analyzed and systematized.

To substantiate the position set out here, the author has studied and quotes from about 2,000 sources in scientific literature

Studies from psychology, oncology, stressology, epigenetics, philosophy, molecular biology, and other fields of knowledge are considered

The information is presented in a “popular science” style, with accessible language, supplemented by a detailed terminological glossary

In the Book You Will Find Answers to These Questions:

– Why out of two people of about the same age and state of health, with similar lifestyles, occupations, and domestic situations, one gets cancer, and the other does not?

– Why in the middle of the nineteenth century, many doctors were convinced of the connection between the mind and cancer, while modern doctors do not know about it?

– Why it is impossible to invent a pill against cancer?

– How do the difficult experiences of childhood lay the foundation for the disease?

– What features of a person’s character weaken the body’s anticancer defenses?

– How does the suppression of negative emotions lead to the accumulation of “mental poisons” that disrupt physiological balance?

– How do stresses lead to a precancerous physical state?

– Where do depression and hopelessness come from, up to the loss of meaning in life that triggers the disease?

– Why does a lack of psychological help increase the likelihood of both the onset and the recurrence of the disease?

– How can you help yourself to make the treatment as effective as possible?

– How can you reduce the side effects of conventional medical therapy?

– What can you do to prevent a recurrence of the tumor?

– How can you bring the treatment to full recovery?

– How can you come to believe in your right to live?

“Attempts to find an antidote to cancer remain fruitless, because the strategic key is the cancer cell, the cancerous tissue, and not the person affected by cancer.”

Guide to the book

CHOOSE ONE OF THE PARTS: 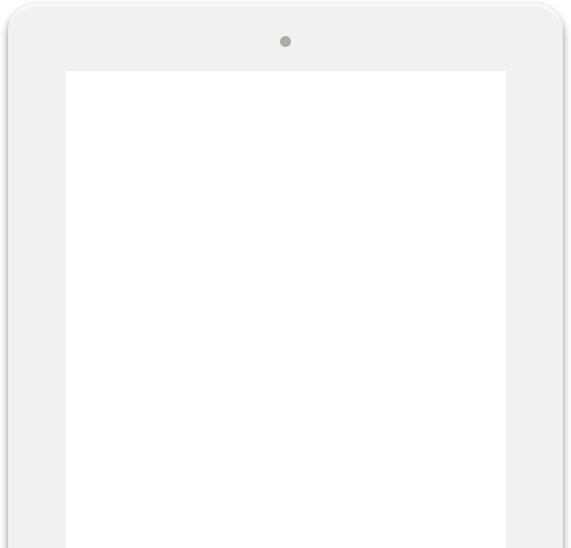 PART ONE
Stress, Psychosomatics, and Psycho-Oncology

The history of the development of ideas about the role of stress in the occurrence of cancer. Data is provided and analyzed on how acute stress becomes chronic, and why it causes psychosomatic diseases.

The history of the development of ideas about the role of stress in the occurrence of cancer.  Data is provided and analyzed on how acute stress becomes chronic, and why it causes psychosomatic diseases.

It is reported that increased sensitivity to stress can be inherited by a person from the moment of conception and/or arise in the womb. This creates vulnerability to disease (predisposition), which may increase with trauma at birth, and can progress with an unhappy childhood. As a result, a specific “cancer” personality type arises.

People who have not learned to cope with stresses are plunged into the anxieties that follow a traumatic event (for example, the death of a loved one) for a very long time. Or they are not able to satisfy the needs they consider important, such as love, respect, and freedom of expression; and this lack provokes severe intrapersonal conflicts. The result in both cases is chronic oncogenic psycho-physiological stress.

This part goes into how prolonged, unresolved suffering leads a person to a state of psychological “suffocation,” or feeling of suppressed subordination, and then helplessness and depression. Hope of an opportunity to live in a better way, to be what he/she wants is lost. This creates a precancerous condition. However, a potential patient is often not consciously aware of these feelings and thoughts, because of the habit of avoiding negative emotions.

Initialization: Losing One’s Will to Live and Unconscious Suicide

Depression, helplessness, and hopelessness deplete a person’s energy and create a spiritual-existential crisis. This often results in a subconscious desire to get rid of one’s problematic life (unconscious suicide). Heavy distress destroys the immune system as well as other bodily systems of anti-cancer protection. In the psyche arises an oncodominant (a dominating psycho-physiological formation with a function of host self-destruction), which triggers a deadly illness.

Will a Tumor Develop or Degrade? Promotion and Progression as a Result of Distress Activation

Timely awareness of his/her life problems, turning to psychotherapy and finding a way out of his/her crisis, can stop the growth of the tumor at an early stage, and even prompt its regression. Otherwise, the disease continues to develop. A powerful subsequent psychic trauma resulting from diagnosis and treatment significantly activates distress and therefore deepens the crisis. This worsens the prognosis of the disease and contributes to metastasis.

The Outcome and Consequences of Cancer

In this part, it is proved that a lack of qualified psychological assistance after the end of one’s treatment may lead to mental disorders, deepening of depression, post-traumatic stress disorder, and most importantly—to the progression and/or recurrence of the disease.

In contrast, using psychotherapy, integrative rehabilitation, and spiritual awakening leads to post-traumatic growth that activates the patient’s own healing resources, restoring the immune system and leading to a stable remission. Data on the spontaneous disappearance of the tumor due to psycho-spiritual transformation and the “reset” of the meaning of life is provided.

Summarizing the presented research, the author suggests a “roadmap”—an integrative scheme of the development and course of oncological diseases, from the point of view of a biopsychosocio-spiritual model of medicine. The way in which this system can be used is demonstrated in the clinical example of the illness of movie star Audrey Hepburn.

The necessity of an extensive involvement of the psychotherapeutic approach in cancer treatment, especially in supporting the active influence of the psyche on the disease, is discussed. The author comes to the conclusion that the recommendations of the ancient spiritual and philosophical teachings are more important than ever for the psycho-spiritual prevention of all diseases.

The Central Ideas of the Book: 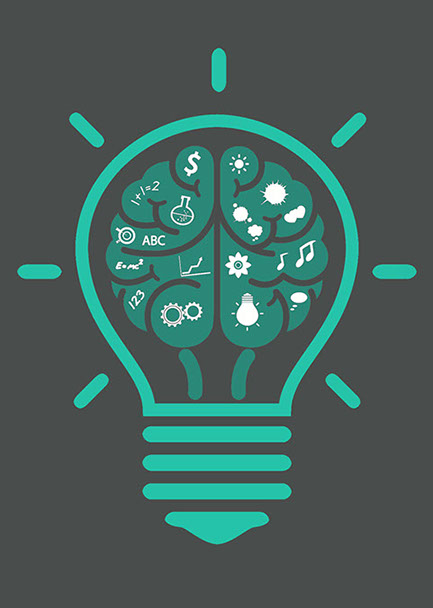 Cancer is a psycho-socio-spiritual-somatic disease. Its causes are a lack of love in a person’s life, unhealed (often from childhood) mental traumas and conflicts, as well as unmet, repressed needs. The most important of these are to express one’s feelings, to be  authentic and unique, to live as one’s soul demands.

Dissatisfaction with life gives rise to a deep psycho-spiritual crisis and an unconscious desire for death. In the body, a chronic physiological stress develops.

Environmental carcinogens are only able to provoke an ailment when chronic stress reaches the level of oncogenic distress that leads to pronounced weakening of the immune and other anti-cancer defense.

Cancer treatment should not be limited only to removing the tumor or affecting it. A tumor is just a local symptom of a systemic imbalance in the body due to oncogenic distress.

Illness is not a life sentence. The path to health lies through resolving the crisis, curing long-standing psychic traumas and conflicts, and satisfying major needs. Gaining a new sense of existence and restoring the suppressed resources awakens the tremendous healing reserves in the psyche and body, and leads to sustainable remission or even complete healing. 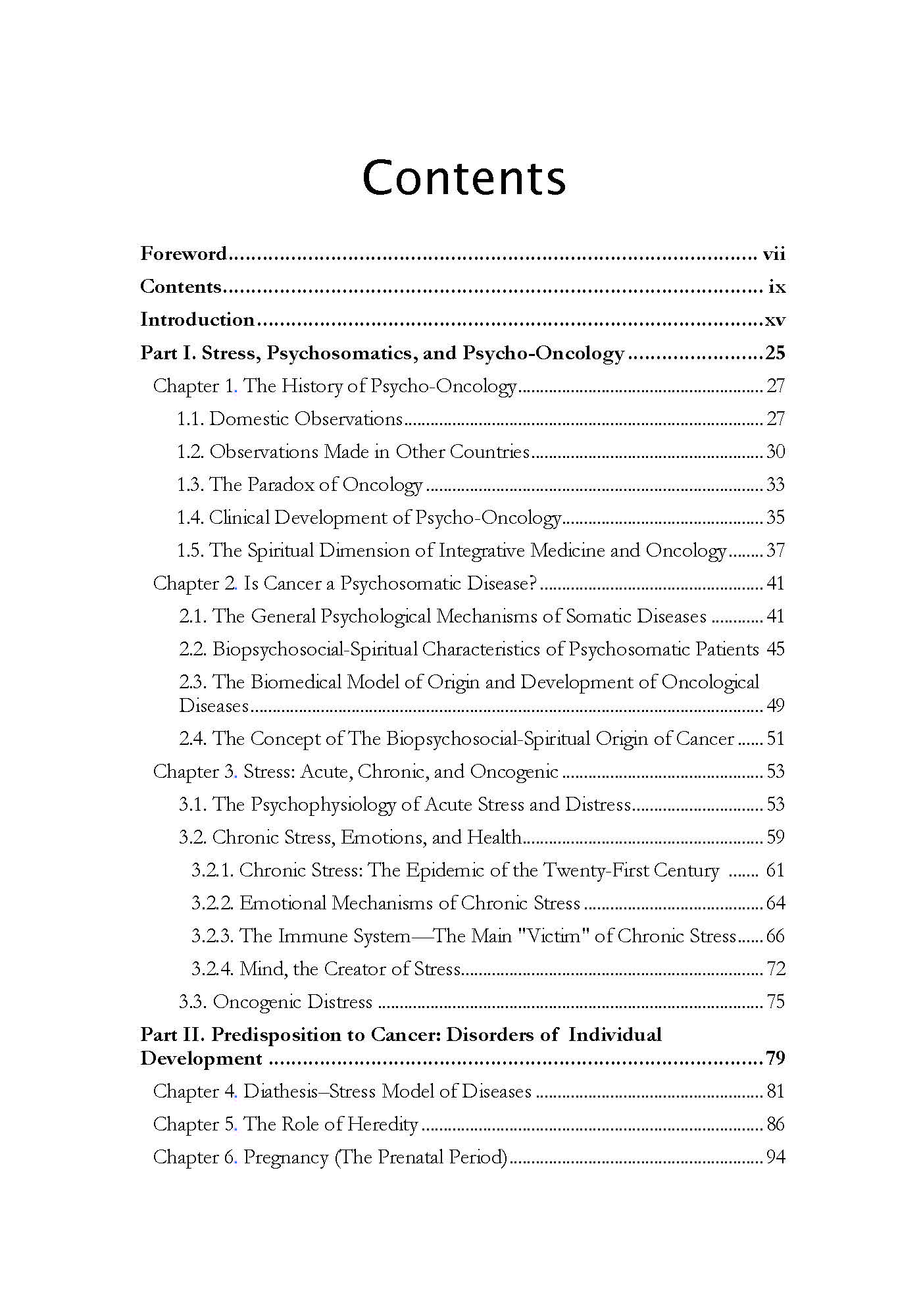 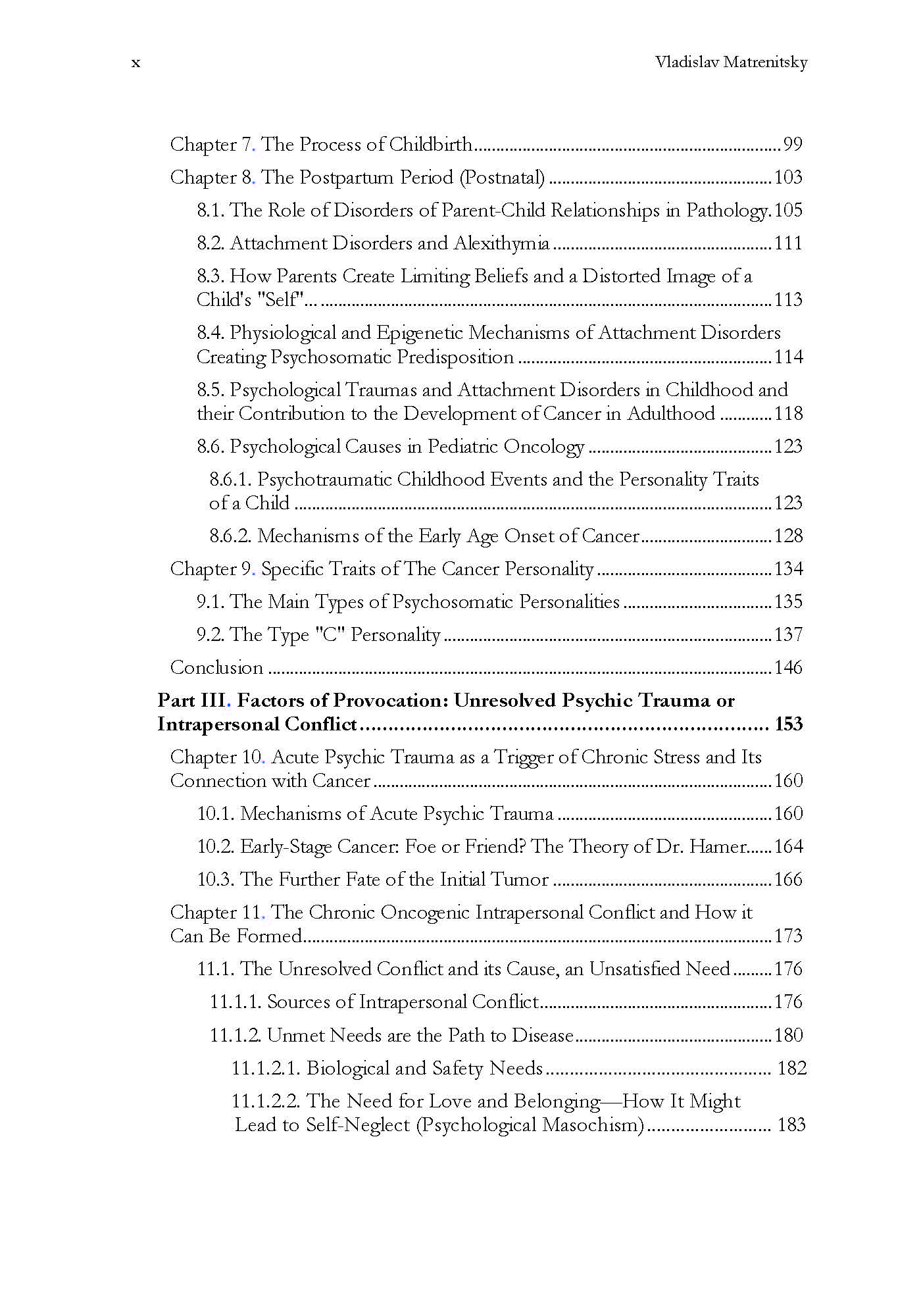 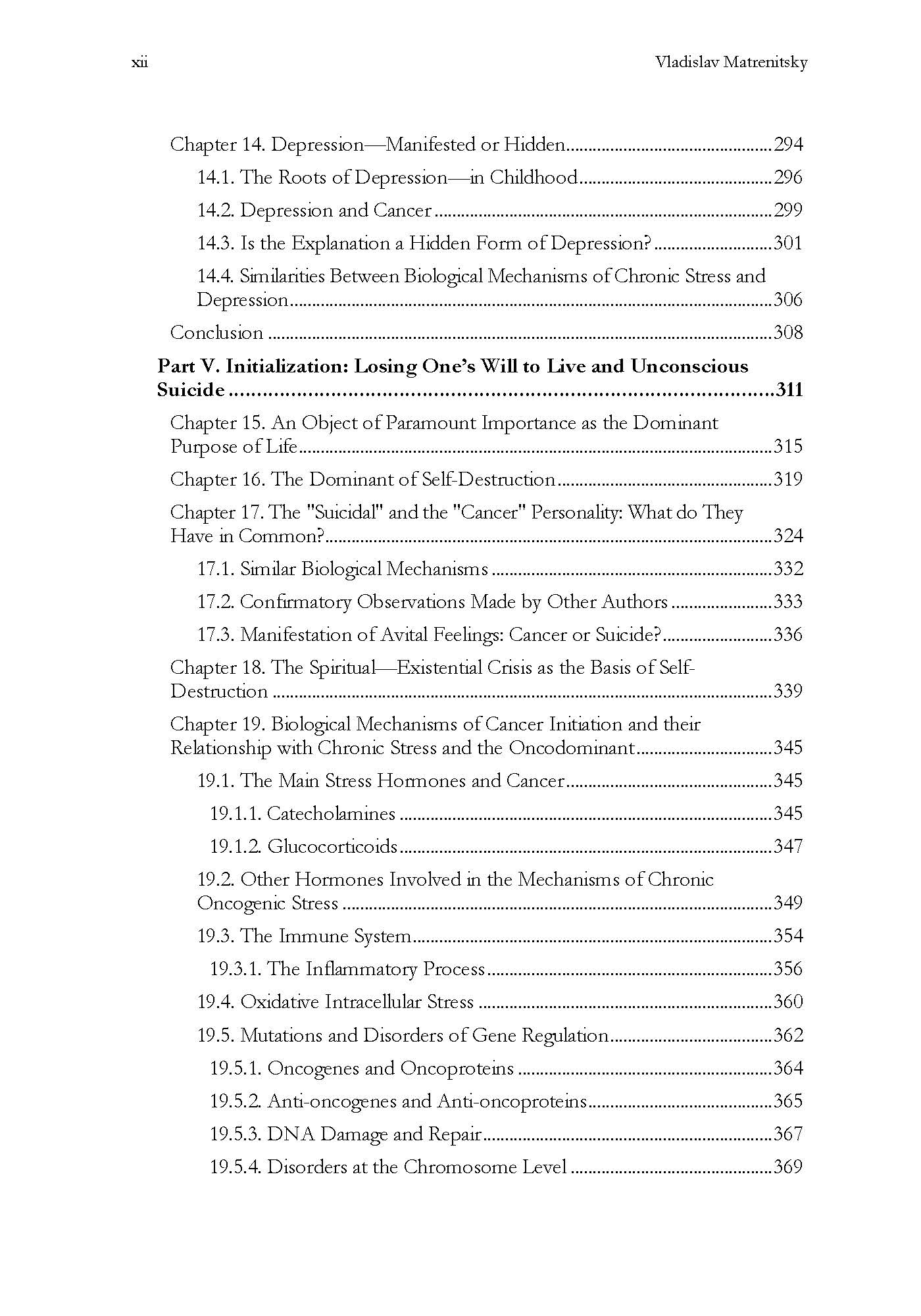 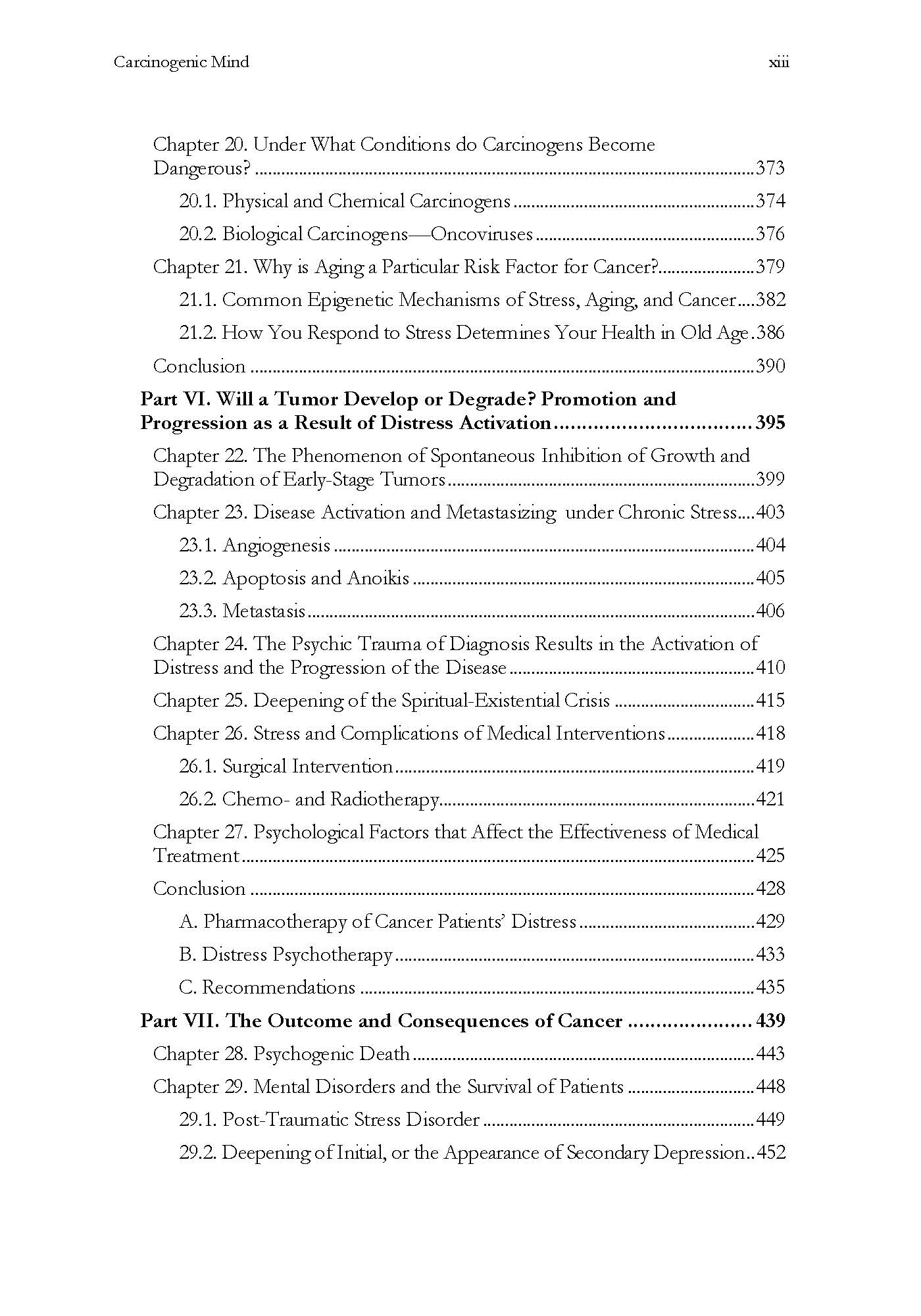 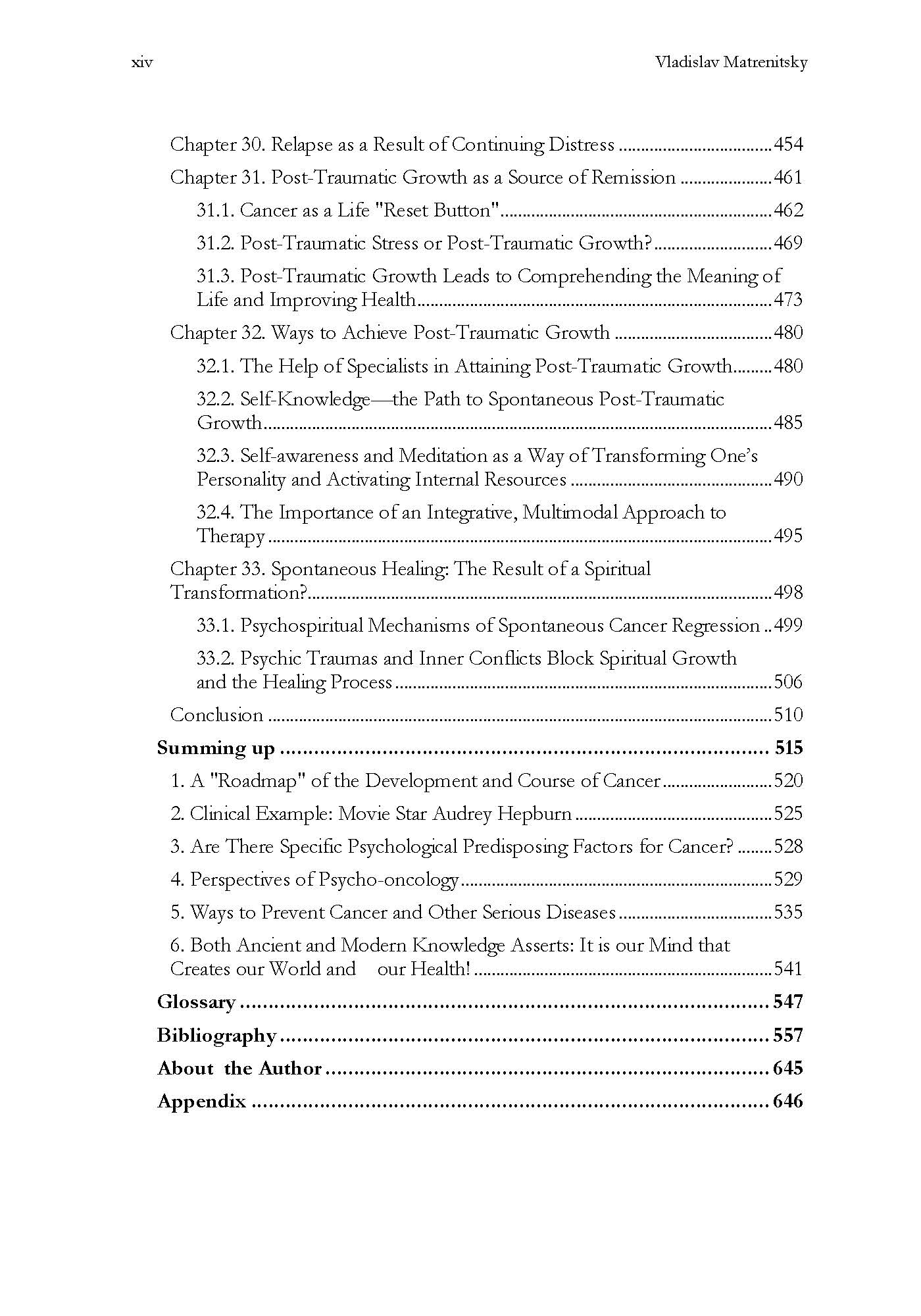 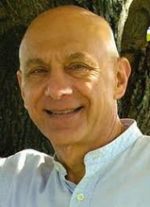 It is a pleasure to read the work that Dr. Matrenitsky has put together. It is sad that the medical profession still has not included what his book reveals as a part of medical education… So read this book and learn how to induce a life and body you can love and which will do its best to keep you alive and healthy. 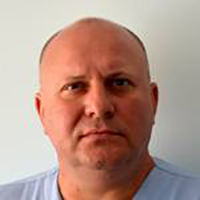 This book should be read by every physician-oncologist and every cancer patient. It sheds light on those aspects of cancer that are virtually unknown in this country, and convincingly proves the importance of the use of psychotherapy in oncology.

Moreover, the book helps patients understand what can be done to improve health after completing the course of traditional special treatment.

Head of the Department of Abdominal and Retroperitoneal Tumors of the National Cancer Institute, Kiev, Ukraine 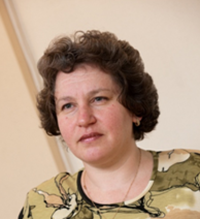 This monograph presents a deep analysis of the influence of psychological problems on the development of cancer. The author has thoroughly reviewed modern scientific data on one of the most problematic areas of medicine. He has reasonably showed that in the treatment of oncological diseases, in addition to the surgical-pharmacological approach prevailing in this country, the participation of psychotherapists and psychologists is mandatory. “The carcinogenic mind” is the way of being of which cancer becomes the natural result. Therefore, adequate and timely psycho-correction can be an effective aid for patients confronting a life-threatening illness.

Professor, Head of the Department of Psychiatry, Psychotherapy and Medical Psychology of the National Medical Academy of Postgraduate Education after P.L. Shupik, Kiev, Ukraine 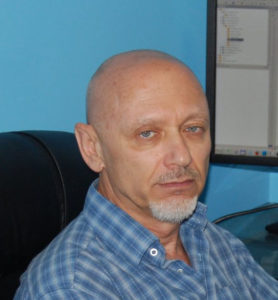 The book has a clear logic, contains a huge array of information from different areas of modern psychology and biomedicine. At the same time, it is written in quite accessible language and is not overloaded with specific terminology. When the author has to discuss the mechanisms that determine the complex processes in the body, he explains it simply and intelligibly.

Therefore, the book can be recommended not only for a narrow circle of specialists, but also for people who do not have special education but are interested in the theoretical and practical issues of cancer set forth in it.

Head of the Laboratory of Epigenetics of the Institute of Gerontology of the National Academy of Medical Sciences of Ukraine, Kiev

You Can Buy the Full Version of the Book or Download a Short Trial Version (Summary):

and get a bonus:

This book is a source of hope. It will help you to discover the true causes of the disease, find new ways to getting well, and heal your life. 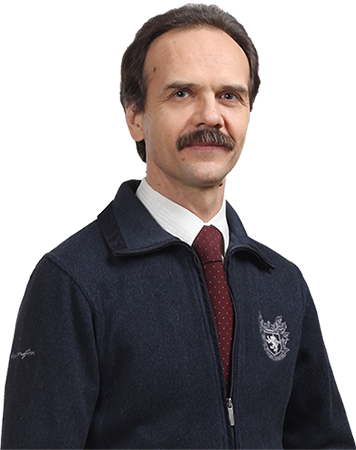 Vladislav Matrenitsky M.D., Ph.D., is the founder and head of the Center for Psychotherapy, Psychosomatics and Psycho-oncology Expio, the first specialized organization of psychosocial cancer care in Ukraine. He graduated from Odessa State Medical University (Ukraine) and qualified as a general practitioner. Vladislav completed a postgraduate course at the Institute of Gerontology, The Academy of Medical Science of the USSR (Kiev), and was awarded a Ph.D. in the physiology and biochemistry of stress in ageing. After that, he worked as a Research Fellow in the same Institute and published in the field of gerontology.

Later, Vladislav came to the understanding that the real secrets of life, illnesses, aging, and death lie not only on the physical but also on the spiritual level. Being disappointed in pharmacy-oriented medicine, he started studying the ancient and modern spiritual knowledge and healing traditions—Chi-Gong, Hermetic Alchemy, Sufism, Siberian Shamaniс healing, Buddhism, and Sound Therapy.

Dr. Matrenitsky started to work with cancer patients in 2009. Puzzled by the psychological similarity of  psychosomatic and cancer patients, he immersed himself in different branches of science to understand the hidden mechanisms of cancer. The result of his research was finalized in 2017 by publishing this book in Ukraine, where it became the first manual on psycho-oncology .

Vladislav Matrenitsky is co-founder of the European Transpersonal Psychology Association (ETPA) and a member of the International Psycho-Oncology Society (IPOS). He currently practices both in his Center and online, and give lectures and leads workshops worldwide.

Would you like to leave a review about a book?